if you literally searching for new music,    then follow my journey together with me ....

Thom Maximus Holmberg is the real name behind COY Swede a new upcoming EDM music producer from Stockholm, Sweden. But you will find out in the future that he will work in many other wide music genres.

Most of the times he also are known to compose and does his own songwritings in his musicprojects. But are very open for matching collabs. Always looking for that new interesting mix and sounds.

He has tons of music in store in a wide range that will be published in the near future. Just wait and  see / "hear" :)

Thom has a classical music background. He started by playing the drums at an early age and rose to the top of his class very fast. His music teacher was a great inspiration and this was one of a defining moment in his childhood. Even if his main instrument is the drums, he could never let go of the familys white piano when he was a kid.

Growing up, life took other turns, and the musical part of him went into hibernation for many years. About 4 or 5 years ago the music started coming back to him. This resulted in him starting to use a DAW system.

Some of the songs that he composed on his family’s white piano when he was12 years old have stayed with him till this day. It was like they were trying to finding a way to get out. That is the start of the journey he is now on, inviting you all to come along. Experiencing his music step by step. 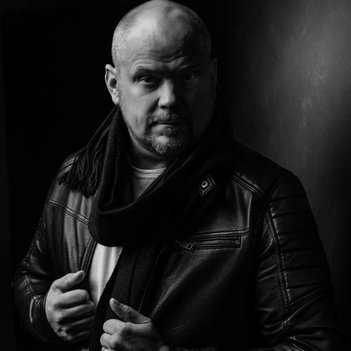